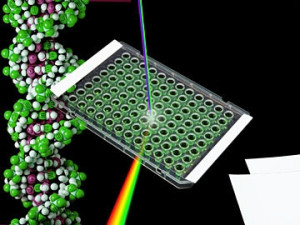 ThermalSeal RTS™ sealing films are based on 50µm polyolefin films with 50µm inert encapsulated silicone adhesive. They are optically clear, with low autofluorescence, and are especially suited for real-time qPCR, storage, and protein crystallization applications.

The encapsulated silicone adhesive is non-tacky until pressed against the sealing surface, at which time adhesive is released only in sealing areas to form the strongest available heat-resistant seal around each well on the plate. Adhesive on non-sealing areas of the film, such as directly over sample wells, remains encapsulated and inert. ThermalSeal RTS™ films are sized to fit within the edges of raised-rim 96-well plates to prevent loss of seal due to film lifting. Their consistent high optical clarity makes possible reproducible, reliable, and consistent DNA amplification measurements and crystal detection. Two end tabs assist in positioning the film on the plate, and the non-tacky adhesive surface simplifies handling. Easy removal of the end tabs at perforated boundaries prevents lifting and higher evaporation rates that can occur with films that overlap the plate rim. Dimensions 78.6 by 139.7mm. With end tabs removed, length is 113.0mm.